Hello everyone! It has been a while since I’ve checked in from Van life. If you’re new here, let me tell you, I’ve been living in a van with my husband and our dog for the past few months. We started in Florida (home) and journeyed up the east coast visiting many friends and family. In July we came home for a month because it was so darn hot and we had some concerts to see in Tampa and West Palm Beach. Then in August, we started our journey out west with purpose.

My husband and I are Dave Matthews Band fans; the kind of fans who make it a point to see them every year on tour – at home and somewhere else – see A DMB Kind of Summer. And for as long as we’ve been seeing them on tour (8 years) the dream has been to see them at the Gorge Amphitheater in Washington State, otherwise known as Heaven’s amphitheater. The event is always Labor Day weekend, 3 nights of concerts, and 5 days of camping. In 8 years of seeing them tour, we’ve never been able to make it work. But this year was different. We quit our jobs and decided to live in a van and travel the country so, of course, we were going to make it work.

But it wasn’t easy getting there. There were a lot of bumps in the road (literally) on the way.

So let me tell you about our journey to the Gorge.

The road to the Gorge actually started when we left home on August 15th (the day after the Taylor Swift Reputation Tour in Tampa, which was incredible!). We had to get from the Tampa Bay area to Denver, Colorado by August 24th. From Denver, we would Caravan with our friend Will to Bend, Oregon – pick up our friend Joel, and then get to Seattle. Did I mention we planned to also see DMB in Denver? That’s why it was crucial to get to Denver by Friday, August 24th.  The stop in Bend was so Will could see DMB.

The reason why we gave ourselves roughly 9 days to get to Denver instead of driving straight through was so we could make some fun stops along the way. After visiting some friends in Jacksonville, FL the first night – our first big stop was New Orleans. New Orleans is such a fun place to visit; we’d been there before and done the whole drinking and walking Bourbon Street thing. This time I just wanted to explore a little more of the culture. We browsed the shops, ate some amazing seafood, and madeit an early night. We stayed in a Motel 6 – which is so not glamorous, I know. But they do take dogs free of charge and they have AC. We live in a van with no AC and traveling in the south like that, it can be really hard to sleep at night – even with fans. Plus we knew we wouldn’t be able to take Mash everywhere in downtown NOLA. So he got to relax in the hotel and we got some showers and AC. (Those are the things you start to really value when you live in a van.)

We were also able to visit one of the famous New Orleans Cemeteries. It was overcast and eventually rainy when we went so it was extra eerie but so beautiful. The next big stop on the road to the Gorge was Austin, Texas.

Austin was somewhere we both were excited to visit. I’ve heard great things about that city. But remember those bumps in the road I mentioned earlier? Well, we hit one of those, literally, around 6 PM Friday night just outside of Houston. One of our back tires blew as we were driving 70 MPH down the interstate. LUCKILY we were right near a service road (and the only house on that road) so we could easily pull over and be somewhat safe. It took AAA 3 hours to get someone with the right size tow truck to get us. We kept ourselves entertained by playing Frisbee until the sun went down and we couldn’t see anymore. Then I read Lord of the Rings out loud to Nate inside the van as we watched giant mosquitos and spiders crawl all over the windows.

By the time the tow truck showed up, it was midnight and we had an hour drive to Houston to (thankfully) a 24-hour tire place in Houston. When it was all said it done it was well after midnight but we had a new tire and that’s all that mattered. The next day would be better.

Except it wasn’t. Driving in Texas, in the words of my husband, “caved our heads in.”

The next afternoon we were well on our way to Austin – maybe 2 hours away – and the other back tire blew up – completely shredded in the middle of the day going 70+MPH on the interstate AGAIN. Now if you’re familiar with AAA, we have the plan in which you get three 100-mile tows and one 300-mile tow. This was our last 100-mile tow and we were not wasting it going back to Houston or anywhere close. Nope, we took it 96 miles all the way to Austin. And it was a much less pleasant experience than the night before. It was about $120 and 3 hours of our time. But by the end of it, we had a new tire; giving us a complete new set (we got 2 new tires in North Carolina a few months ago.)

That all being said, Austin was awesome. If you’ve never been to Nashville, Austin is probably how you picture Nashville – a nice big downtown with live music and bars and shops everywhere. There is a famous street called 6th street with live music in every bar and restaurant on that road. You’d walk into a bar and downstairs someone is playing and then go upstairs to the rooftop bar and a band is playing! We explored some of the shops, had some drinks, and enjoyed some 2 AM street pizza. Bottom line, Austin is definitely somewhere I’d recommend anyone to visit. I wish we had more time there, there’s so much great food there I wish we could have tried.

Cheers from Austin! Hope everyone is having a great weekend!

The next day, without any more tire incidents, we had 2 plans: find some water (because it was so hot) and visit the Family Business Beer Company.

We did find a cool little swimming hole outside of Austin that allowed dogs. We spent a few hours there soaking in the sun and hiking a little. If you’re looking for someplace to swim, I’d recommend a water/swimming hole over driving to the beach. We’ve been to Galveston (the beach), outside of Houston, and it’s not worth it. Then we went to The Family Business Beer Company. Okay, so you guys know I love all things fantasy and supernatural (5 Supernatural Shows You Need to Binge Watch) – so I could not leave Austin without visiting this brewery because the owner is Jensen Ackles, star of popular CW show Supernatural! And this place was definitely a highlight of the Austin trip. It is a brewery set on a huge property with trees and games everywhere. They had an onsite food truck where I got an amazing grilled cheese on Texas toast! 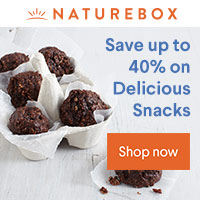 That was just the perfect Texas day – no exploding tires, just a really fun time. Then that night we drove all the way to the New Mexican border and ended up sleeping in a New Mexican Walmart. I remember thinking, the day started out so hot – probably 90+ and by the time we got to New Mexico, it was rainy and under 75 degrees. Waking up in New Mexico

While there is much more adventure to go before we made it to the Gorge, that’s all for part one. Next week I will cover hiking up a mountain and other fun activities! Stay tuned! 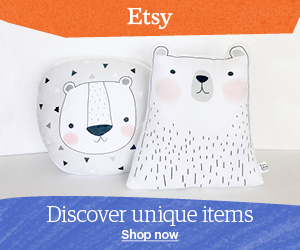 Have you ever been to Austin or Texas at all? What are your thoughts? Let me know in the comments below!