My son just turned 3 recently and I’m really starting to see this amazing personality shine through his tiny little body. He’s so lovable and outgoing—he’s the kid in Target that says hi to every single stranger that passes by. And he won’t stop saying hi until you respond! He’s also inquisitive—asking about a million questions a day about everything he sees, hears, or touches. Right now, he’s really into bugs! Most of the time, when he comes across a new insect that he’s never seen, his first reaction is, “Mommy look, it’s so cute.” Followed by “What is it?” “Can I hold it”? “Is it slimy”? And “I love it!”

Related: How to Teach Your Toddler the Alphabet 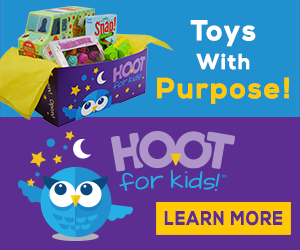 During letter I week of teaching my son the alphabet, I put together a simple Insect Scavenger Hunt for him to have fun investigating nature and his outdoor surroundings. He was so excited to try and find every insect on the checklist. He carried around my laminated Insect Scavenger Hunt checklist, a dry erase marker in his pocket and his binoculars around his neck—which he used to scout out butterflies and bees. After catching some lizards, ants, and a ladybug, he did some up close inspecting when he put all his insects in his Battat Tiki Retreat bug catcher. It’s the Ritz for bugs! After a few hours of holding his bugs and naming them, we let them go (behind the fence) and, of course, did it all again the next day. Related: Teach Your Child How to Call 911

Is your toddler into insects? What are some of the funny things your kids like? Share in the comments below.

Buy on Amazon for you Insect Scavenger Hunt: